Joe Atkinson Permaculture
I have coordinated several events in my role at the Permaculture Association. Here are a some of the events I've managed in whole or in part...

This was the first of the LAND project-funded events, and the first event of it's kind that I'd ever convened. I learned about the importance of publicity as the turnout was disappointing. I also learned how important pre-event communications to participants is, as I got some very direct feedback about the lack of transport information from one of the Association's trustees!

I filmed much of the event to produce this promotional film for future events (principle: catch & store energy). 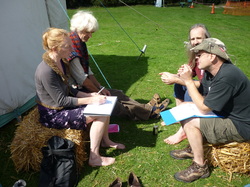 I supported Louise Cartwright, the overall coordinator of this event. I coordinated a teachers' meeting immediately before the event, as well as the programme for the convergence. 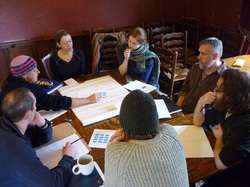 I was the overall coordinator for this event, booking the venue, catering, coordinating bookings, organising the timetable etc. 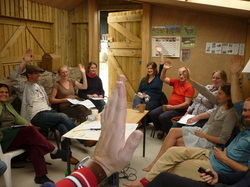 I was the overall coordinator for this event. The timetable was produced collaboratively with the attendees. 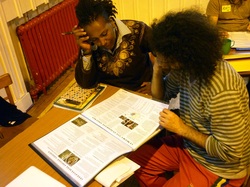 This event had been designed by the Interim Diploma Development team and Association staff. I coordinated the event's delivery, including venue & caterer liaison, bookings, programme etc.

Again, I was supporting Louise Cartwright as the overall event coordinator. I managed the programme, crew, site layout. 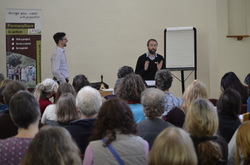 I was primarily responsible for the programming and hosting of this event. 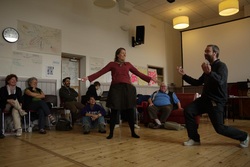 I was the lead coordinator for this week-long event that saw 50 European permaculture teachers staying in Leeds with local residents. The event included an optional teacher training weekend at the beginning and a camping trip to nearby projects at the end. The logisitcs were quite complex but the feedback was generally very positive. 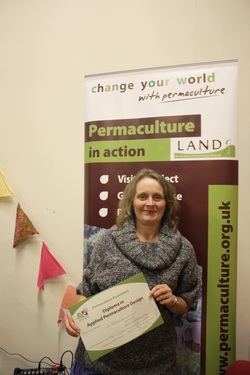 I was the lead coordinator for the 2013 AGM & the Association's 30th birthday. Nearly 100 attendees joined us in Leeds to conduct the official business of the AGM, attend workshops & tours of local projects, and buy & sell products & services at a market place. 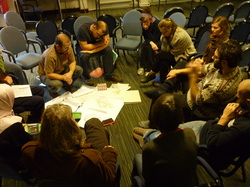 I was the lead coordinator for this event, managing the venue, catering, transport logistics, and programme. Again, this was mainly the delivery of an event with an existing pattern. 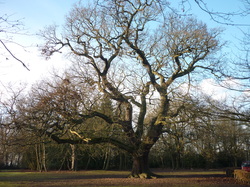 I was the overall coordinator for the 2014 UK convergence. Around 300 people came to Epping Forest for a weekend of learning, sharing and networking. A key aspect of this event was that it was a chance to test the venue for the International Permaculture Convergence in 2015 (see below).