"The mind is not a vessel to be filled but a fire to be kindled." - Plutarch
Students on the 2013 Nottingham PDC produced this film of their design project.
For me, one of the best ways to learn something is to teach it. I find it puts me under pressure to do the necessary research to understand the subject more deeply, while putting me in all sorts of situations where I can develop that learning further. It also creates loads of opportunities for interesting discussions with students and other teachers that may deepen or challenge my understanding.

As the learning coordinator for the Permaculture Association, I also wanted to be able to understand all the issues facing permaculture teachers by walking in their shoes. The opportunity to earn some money from teaching and diversify my income was also attractive. I was already registered self-employed, so could put any teaching earnings through my business accounts.

I haven't applied a rigorous design process to my teaching pathway, but I have used some permaculture principles to guide my decisions along the way:

There follows a list of my teaching experience. I also attended 3 different permaculture Training of Teachers courses as part of my apprenticeship pathway.

Below is a chronological list of courses, workshops and lectures that I've delivered or supported and the role I've taken at each one.

One of the first things I did in my job as Learning Coordinator at the Permaculture Association was to go and observe an Introduction to Permaculture course. The first one that was happening anywhere near me was being led by Wilf Richards in Country Durham. 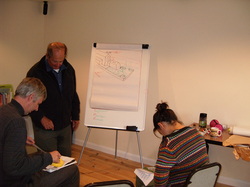 Supporting Andy Goldring and Suzi High, I was mainly on this course as an observer, but did also get the opportunity to try some teaching. I led an observation exercise based on Patrick Whitefield's "listening to the landscape" session in the Permaculture Teachers' Guide and a treasure-hunt style activity exploring Holmgren's principles in Old Sleningford Farm's forest garden. 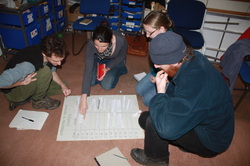 Students design the timetable for the course
October 2009, Leeds.

Working with Andy Goldring & Suzi High, this was a weekend intro ToT - several ideas were borrowed from Designed Visions' 10-day course that I'd been on in July. Learners' progression route heavily suggested people go on a full ToT!

Having established a working relationship with Wilf Richards and enjoyed my time on his introductory course, I approached him to ask if I could act as an apprentice teacher on a weekend of his PDC that year. Wilf said yes and I delivered a session on ecological footprinting. 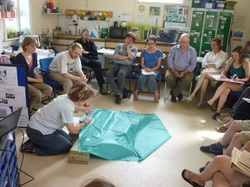 I supported Andy Goldring, Niels Corfield & Joanna Dornan on the 2010 PDC in Leeds. As I was most of the way through my architecture MSc I felt confident leading the built environment section of the course. Several of the graduates from this course have gone on to initiate and/or support some very exciting projects in Yorkshire and beyond. 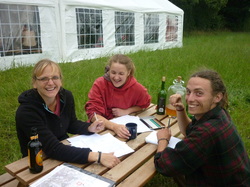 This was the first time I'd led an introductory course. It was an opportunity for me to trial the introductory course materials that I had developed from observing Wilf and Andy & Suzi's intro courses. This was useful for giving me feedback on how the course held together, and identifying any tweaks that had to be made. It was also my first opportunity to work with my own apprentice - Charlie Grey.

I ran the same course again a month later at the same venue with one or two tweaks. This time Debbie Jones acted as apprentice.

This was a 2 hour workshop that I offered at the European Permaculture Convergence. It explored the role of permaculture teacher, accelerated learning principles, and included a practical exercise where the participants delivered a "nano-teach".

I was invited to deliver a 2 hour introductory workshop to members of the local community in Slaithwaite, West Yorkshire. This formed part of a day-long event that was run by the local Transition group, MASTT. 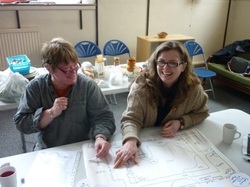 Students have a laugh while designing
January - July 2011, Sheffield.

I supported Suzi High to deliver her first Permaculture Design Certificate course. As an increasingly confident teacher I was happy to step into a fuller role, leading many of the sessions. 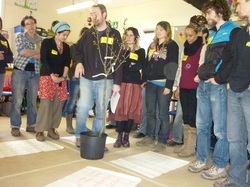 Working with Andy Goldring, Niels Corfield and Joanna Dornan again. This time taking on a role somewhere between apprentice and support teacher. 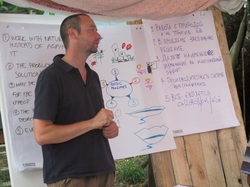 An amazing opportunity to act as an apprentice teacher to George Sobol on a 2 week residential course in Ukraine came up in 2011. The course was open to international students, so was delivered in English with live translation into Russian. This was my first experience of teaching on a residential course, first experience of working with live interpreters and first time teaching in a different cultural context. It was also an opportunity to learn from another very experienced teacher, to increase the diversity of my learning. George encouraged me to lead sessions that I'd never taught before and pushed me to develop a lot of new sessions. 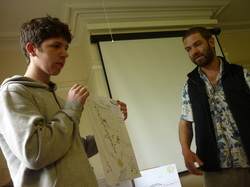 By now I was becoming a regular on the Leeds PDC with Andy & Niels. I became more involved in course design decisions such as timetabling, and taught about a third of the course. 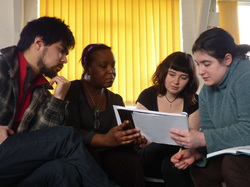 Paul Paine invited me to support him to deliver the Nottingham course that he and Tomas Remiarz had delivered the year before. Neckie and I shared the teaching duties more or less 50-50, so this was an opportunity to develop a lot of new sessions. This was also the first time I'd worked for the WEA, which has become quite an interesting connection. 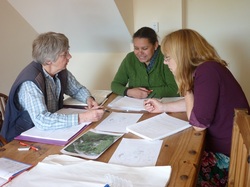 I had held a teachers' meeting at Haye Farm the previous year. Stuart Norgrove invited me back to run an intro course, again with a view to running a follow-up PDC, this time to be led by Tomas Remiarz. This was a nice opportunity to teach a course in a broadscale farming context, and in hindsight, I could have used the farm much more creatively. 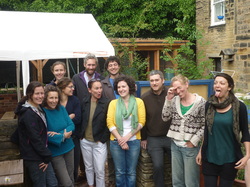 Another Leeds PDC. A slightly longer format this time; 9 weekends with less content packed into them. However, the cohort was quite small this year, which left us wondering if the earlier start had had a negative impact on bookings. 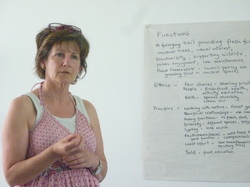 Paul Paine invited me back for a second year supporting him on the Nottingham PDC. Some of the students produced the film at the top of this page as a way of documenting their design project.

This was an opportunity to run my introductory course as a night class through the Workers Educational Association in Leeds. I had been wondering for some time if there might be some latent demand for an evening course as many people find weekends difficult. The course was moderately well attended, so it remains unclear if this format has found a previously unexploited niche.

This was a good opportunity to get more experience of working with the WEA's systems, and to build connections with the WEA. Another interesting learning point that came out of this course was the challenge of teaching on winter evenings when it's dark outside. This made observation exercises interesting!

An opportunity to talk about LILAC and permaculture presented itself at short notice. I took up the opportunity and delivered a guest lecture about individual sustainability through collective action, using LILAC as a case study and bringing in concepts such as permaculture and cooperatives. 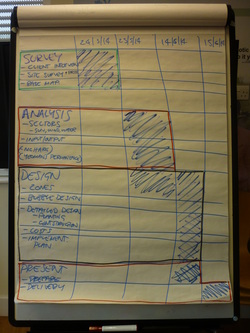 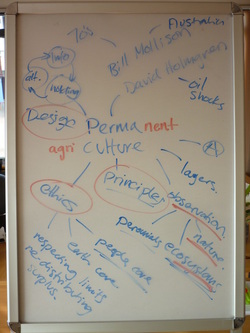 I led an Introduction to Permaculture course for Transition Hull via the Workers Educational Association in March 2014.

The course was very well attended and led to the formation of a local permaculture network who are holding regular meetings. I have been invited back to lead another intro course, and potentially a PDC in future.